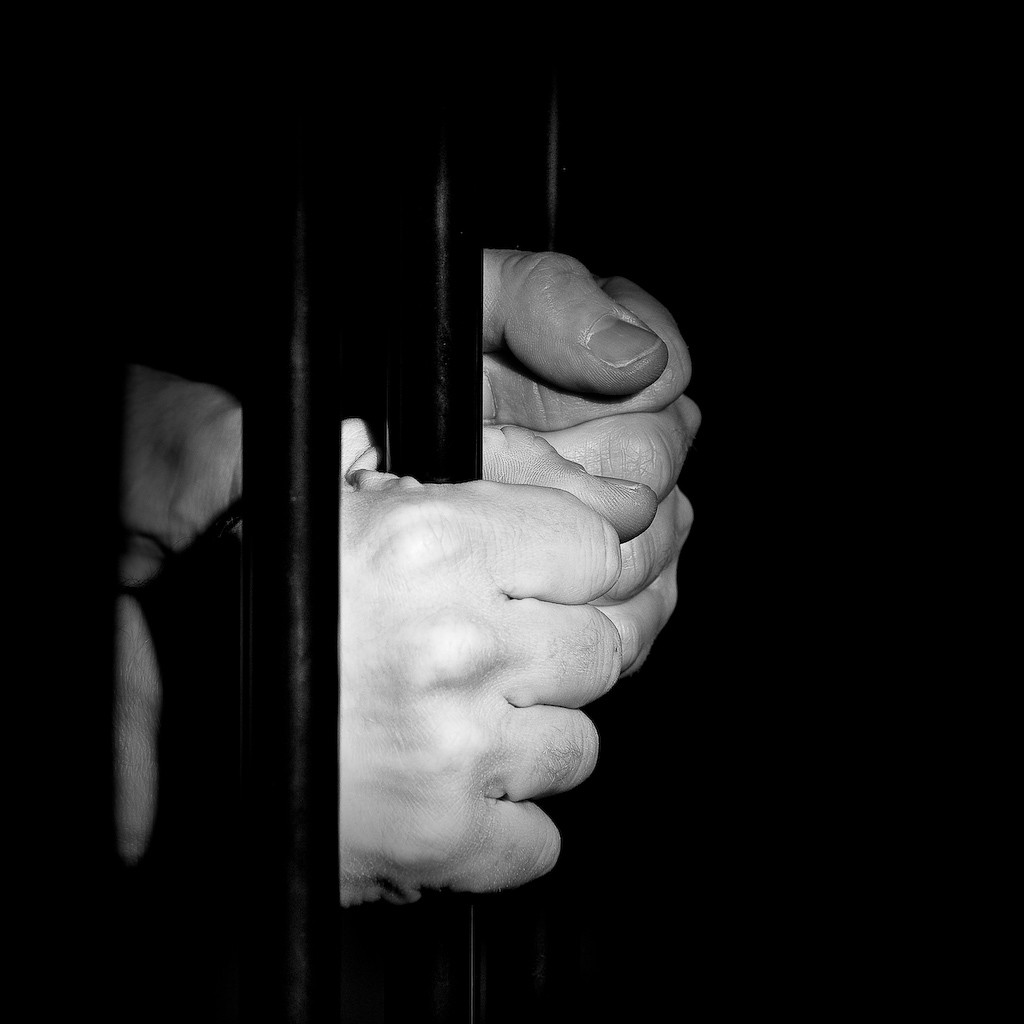 Twenty-five years ago this month, one of my all-time favorite movies was released. It’s “the Shawshank Redemption” starring Tim Robbins and Morgan Freeman as convicts sentenced to life imprisonment at the Shawshank State Penitentiary.

It was critically acclaimed yet was a box-office disappointment. It cost 25 million to make yet didn’t break even for six months. It received seven Oscar nominations yet didn’t win a single award. And yet… it has proven to be surprisingly popular. Twenty-five years later it remains the number-1 ranked movie on IMDB (the International Movie Database).

What makes this movie so popular, so enduring? I believe it has something to do with the how the community of men locked inside Shawshank are depicted. It shows the transformative power of companions, fellowship, camaraderie.

Morgan Freemans says: “I always think of this as a love story — two men who just totally bonded.” He’s referencing the the unlikely friendship between Red and Andy. Andy Dufresne is the new guy, a young banker, wrongly convicted of murder. Ellis Boyd ‘Red’ Redding is the old-timer and he is guilty of the crime he committed decades earlier. 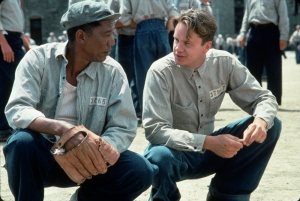 In the 20 years that the movie covers, Red and Andy form a deep bond. The two men come to love each other. They become brothers.

Tim Robbins says: “We’re all stuck, in some measure — some by choices we make, some by life circumstance, some by tragedy,” The film asks: “What does it actually mean to be free — and what is that life fully realized?”

This movie is about hope and about the power of art and music, knowledge, friendship, dignity, and love. About the freedom these things provide even when freedom is denied.

Our epistle reading this morning comes from another prison. Paul is writing this letter from prison, possibly in Rome, to Philemon, a leader of a house church, perhaps in Colossae.

The Letter to Philemon is the shortest book in the New Testament. One page. One chapter. 25 verses. If you are flipping through your Bible, you are likely to miss it. The letter is an intercession on behalf of a runaway slave named Onesimus. And this slave has run away from Philemon.

It is an extraordinary letter seeking reconciliation. I’m sure there is a great story behind this letter. Unfortunately, the details have been lost to time. This much we can glean:

Paul is in prison, somewhere, possibly in Rome. Onesimus is a runaway slave who somehow finds his way to Paul.

There in the prison, under the guidance of Paul, Onesimus becomes a follower of the gospel of Christ.

A strong bond forms between the two men. Paul describes it as a father and son relationship.

And then… Paul sends him back to his master.

Paul is faced with an ethical dilemma. Two members of this community of Christ- followers need to reconcile. Furthermore, they need to model how to live this new life in Christ to which this community is called.

But there’s the problem of societal expectations. They are dwelling in the Greco-Roman society of their time and place. Philemon is a wealthy man of status. Onesimus is a runaway slave.

There is a deep division between the two men. There are expectations of retribution and repayment of debt.

But yet… Both Philemon and Onesimus are believers in this community, with expectations of equality.

Now, I need to mention the troubling historical interpretation of this letter. This letter was widely cited as scriptural justification for the institution of slavery. In the U.S. it was called the “Pauline Mandate” to return runaway slaves to their masters.

In retrospect, it is horrifying that Paul’s words were used to justify America’s first sin, the deepest of divisions among the first Americans.

It is also troubling that Paul was not advocating for the mass emancipation of slaves in the Greco-Roman world. Part of me wishes that he had written a follow letter in which he condemned chattel slavery. But he didn’t. Paul was not busy upsetting the social order of the predominant culture.

However, Paul did believe God was indeed overturning traditional social structures within these newly formed groups of Christ-followers. After all, this is the same Paul who declared that in Christ, “there is no longer Jew or Greek, slave or free, male or female.” (Gal 3:28)  All of us are one in Christ.

So, he sends Onesimus off with his letter. This letter isn’t a demand. It isn’t a mandate. It is, as Paul says, an appeal “on the basis of love.” 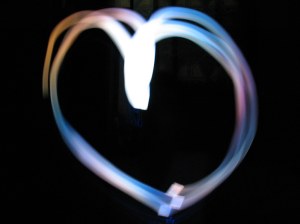 Choosing to live in the transformative power of love

Paul’s letter has almost a comical tone. “I’m not going to mention the debt you owe me,” and in doing so, he mentions it. There’s a back and forth between Paul reminding Philemon that he has the authority to command, but yet insists that he is just asking. “Your good deed should be voluntary, not forced,” he says, but then he puts a lot of pressure on Philemon.

Paul is trusting that Philemon will do the right thing. So instead of making demands, he makes his appeal on the basis of love. Brotherly love, sisterly love, love is the foundation of their community.

The letter is addressed not just to Philemon but to other leaders in the community. In fact, it is an open letter intended to be read to the entire congregation. The issue at hand is not just a private matter but one of communal concern.

The new social order is all about relationship. Paul pulls out all the stops in his letter to Philemon. Philemon is a coworker, a partner, a brother, a son.

Paul is the old man in the family which gives him the right to command. But he refuses to do so. This new social order described by Paul teaches a tear down of the power structures that humans wield over each other. So instead, Paul appeals to Philemon on the basis of love. Love he suggests will lead Philemon to yield his authority over Onesimus.

This is a big ask.

He is asking Philemon, a man of means and status, to receive a disobedient slave as a brother, as a spiritual equal. There is a cost to discipleship. He will realize economic loss by releasing Onesimus. And his status as a man of privilege, well, won’t be quite as high.

I’ve been talking about broad themes of social privilege and social order, of defining family, and the cost of becoming a disciple of Christ. All these themes –- are echoed in our latest readings from Luke.

In last week’s gospel reading, Jesus was invited to a sabbath meal the house of a leader of the Pharisees. Jesus turned the social order of the privileged upside down by his re-imagining of seating charts and guest lists.

In today’s gospel reading, Jesus is talking to large crowds about the cost of discipleship. He is using harsh words and a bit of hyperbole to make sure that they really think about the costs of following him. No, he isn’t really demanding that followers must forsake their families or give up all of their possessions. However, Jesus is saying that following him means redefining family. It means letting go of those people and things that prevent us from following. Discipleship calls for self-denial in a way that upholds the Jesus ethic of camaraderie, forgiveness, justice, and love in all of our relationships.

The Jesus ethic is Paul’s ethic. This is the heart of Paul’s ethical teaching: “In humility,” Paul says, “value others above yourselves, not looking to your own interests but each of you to the interests of the others.”(Philippians 2:3-4)

Isn’t this ethic our ethic as a Christian community? Aren’t we a family?

This 25-year-old movie inspires a faith that hope that can spring forth and persist, even under duress and the harshest of circumstances. In my favorite line, Andy says to Red after Red is denied parole. “Hope is a good thing, maybe the best of things, and no good thing ever dies.”

This 2,000-year-old letter appeals us to consider what it means to be in relationship with each other. How do we bridge our deepest divides?